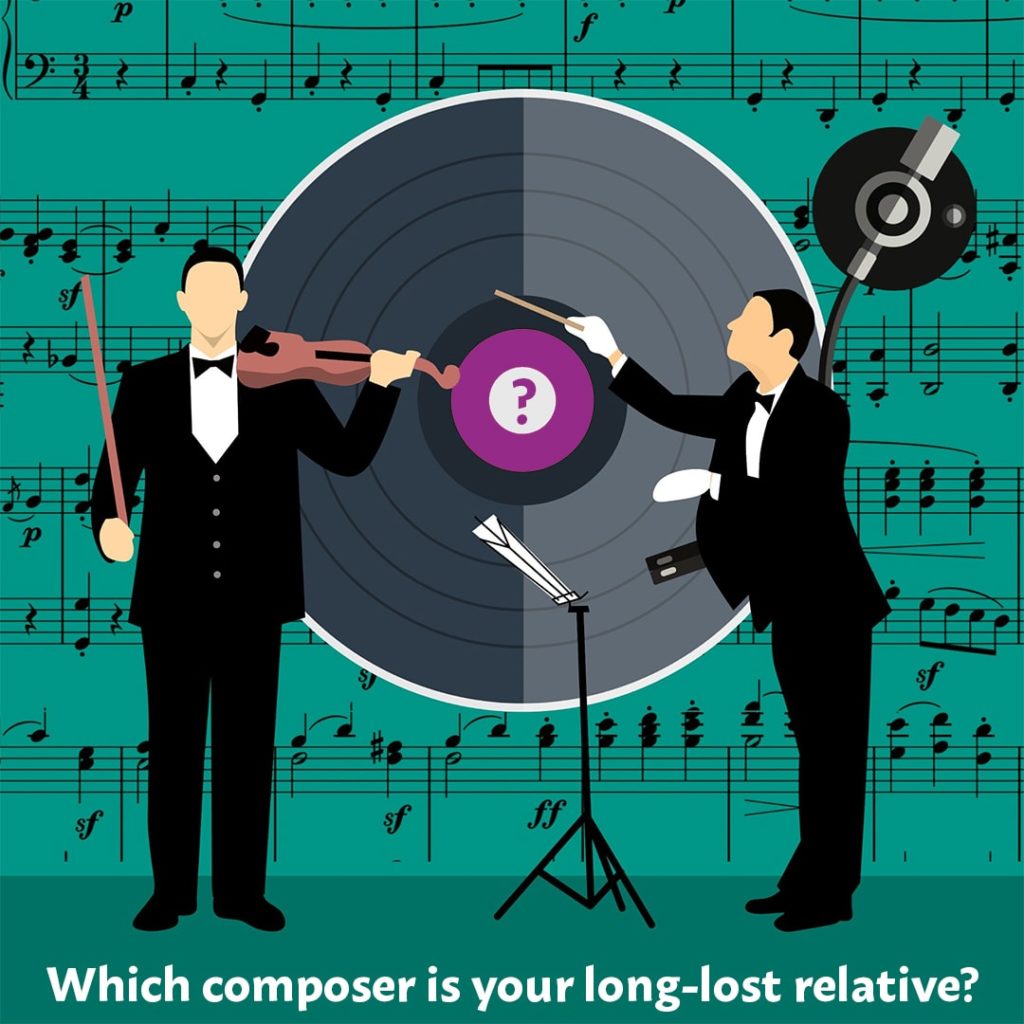 When genetic tests like 23 and Me and Ancestry DNA came out, a lot of us found long-lost relatives that we didn’t know about. Most of us weren’t related to a big-name celebrity (which was quite a bummer) but it’s still neat to learn where your family came from and to fill in gaps that may have been missing in your lineage.

Remember that these tests aren’t 100% accurate…so just because they didn’t say we’re related to someone famous, doesn’t mean they’re right! If you’re anything like us, you feel like you have a deep connection to music, like something has always drawn you to it… So, who’s to say we aren’t related to a famous composer? Certainly not us!

Pick the phrase that resonates with you the most and we’ll tell you which composer is your long-lost relative!

Which phrase most resonates with you?

Which Composer Is Your Long-Lost Relative?
Ludwig van Beethoven 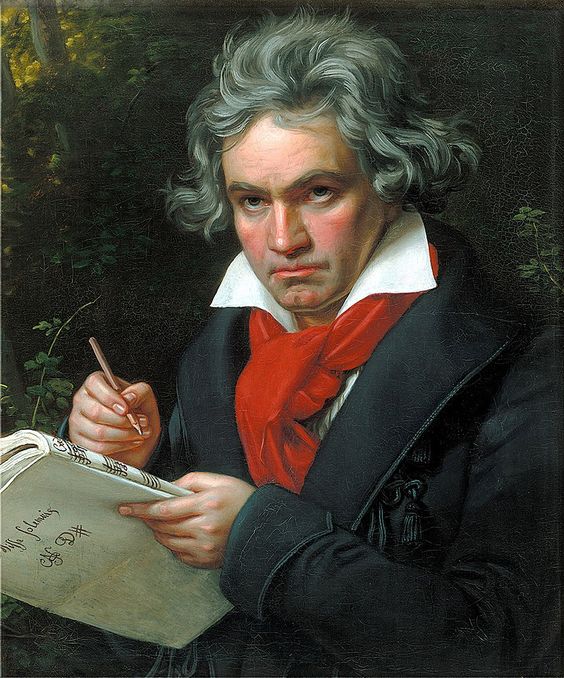 Beethoven’s wide-ranging music dominated his era and was so powerful that you couldn’t resist listening to it. It’s no wonder that he would be your long-lost relative! 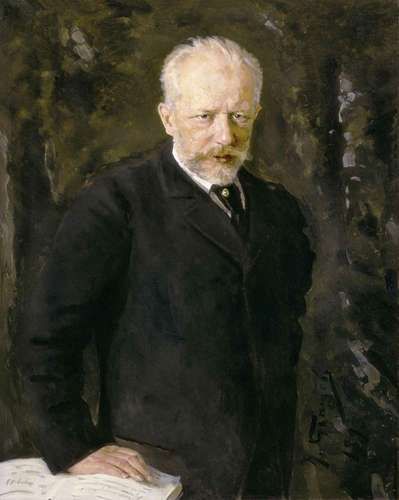 At the heart of Tchaikovsky’s work are ballets and biographical symphonies, no wonder this Russian composer was known as a romantic! Much like how Tchaikovsky’s music charmed and enchanted those who listened, people are always amazed by your charm, which is why he would be your long-lost relative. 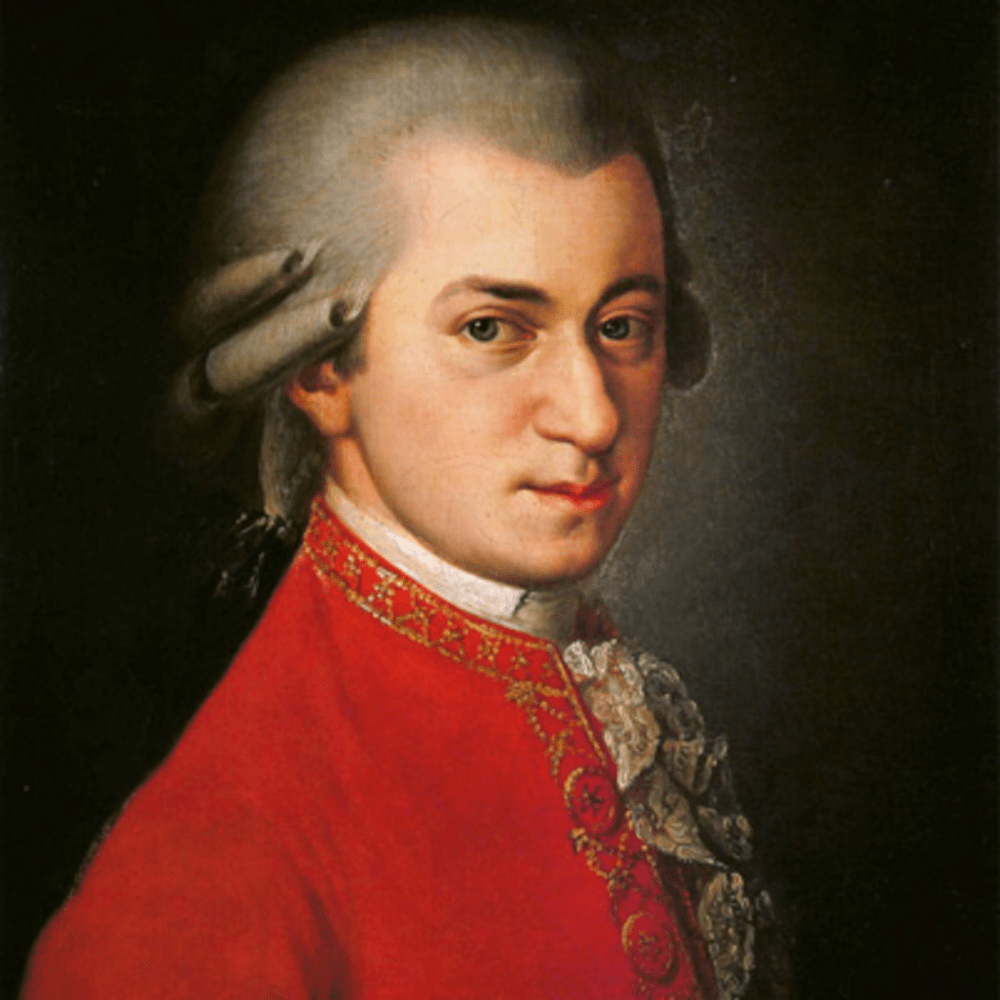 Mozart defined the classical era, which is what made him such an iconic composer. The work that Mozart did feels like magic and he had a heavy influence on later music history. One trendsetter to the next, he would definitely be your long-lost relative! 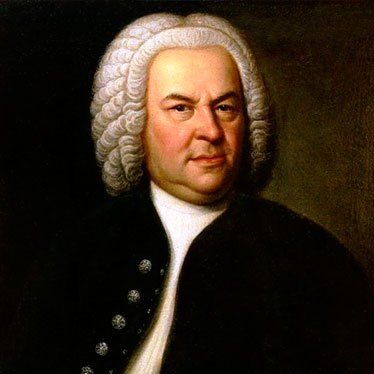 Bach’s spirit dwells in nearly every note he’s written, each piece containing a strong, emotional power. Bach was truly enlightened, to say the least, and you are both aware of your higher selves. Of course he would be your long-lost relative! 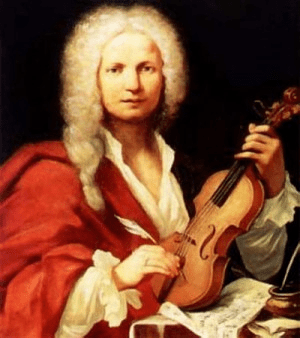 Vivaldi left a distinct mark on the form of concerto and the style of Baroque instrumental music. He only held one full-time post because he preferred life as a freelance composer for its flexibility and entrepreneurial opportunities. He had no shame in wanting to lead a good life and wanting to make a good impression with his work, which is why he would be your long-lost relative! 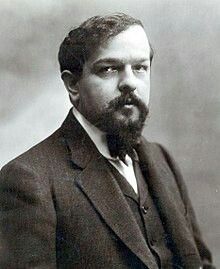 Debussy created lyrical melodies, poetic piano works, and chamber music that feel light and airy. It leaves a gentle impression on you but is still inspiring and makes you stop and listen. You can almost feel the peace and ease that radiates from his work. That’s why he would be your long-lost relative! 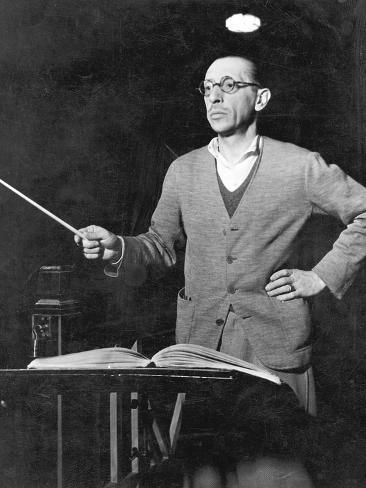 Stravinsky’s music is precise, energetic, and brilliant! His style remained the same though he constantly reinvented himself and his integrated approach to art has been everlasting. If anyone were to be your long-lost relative, it’s Stravinsky!

Song by Stravinsky we love: The Rite of Spring
Frederic Chopin 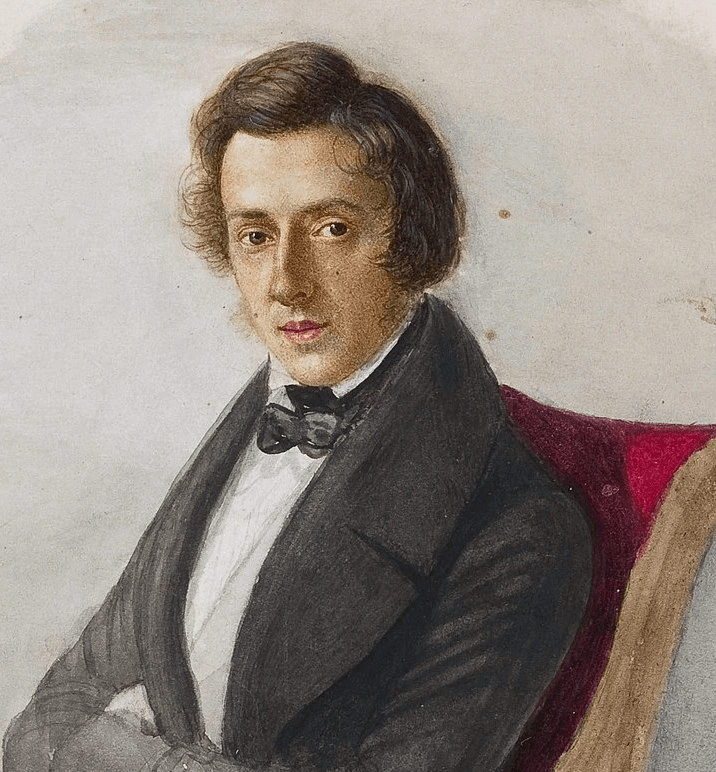 Chopin is one of those composers where you can tell it’s him in just a few notes. His music is impeccably crafted, elegant, and has resonated across time and culture. Chopin has inspired millions of pianists, teachers, and composers- no wonder he would be your long-lost relative! 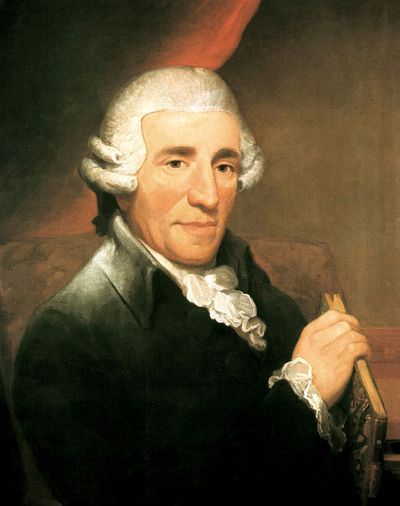 Haydn played a key role in the development of chamber music by laying the foundations for the development of symphonies and string quartets. When looking from the point of view of sheer enjoyment, few can even come close to comparing to Haydn- his energy exudes out of every work! That’s exactly why he would be your long-lost relative.

Check out our favorite pieces by your long-lost relative and more at IDAGIO, the leading streaming service for classical music!