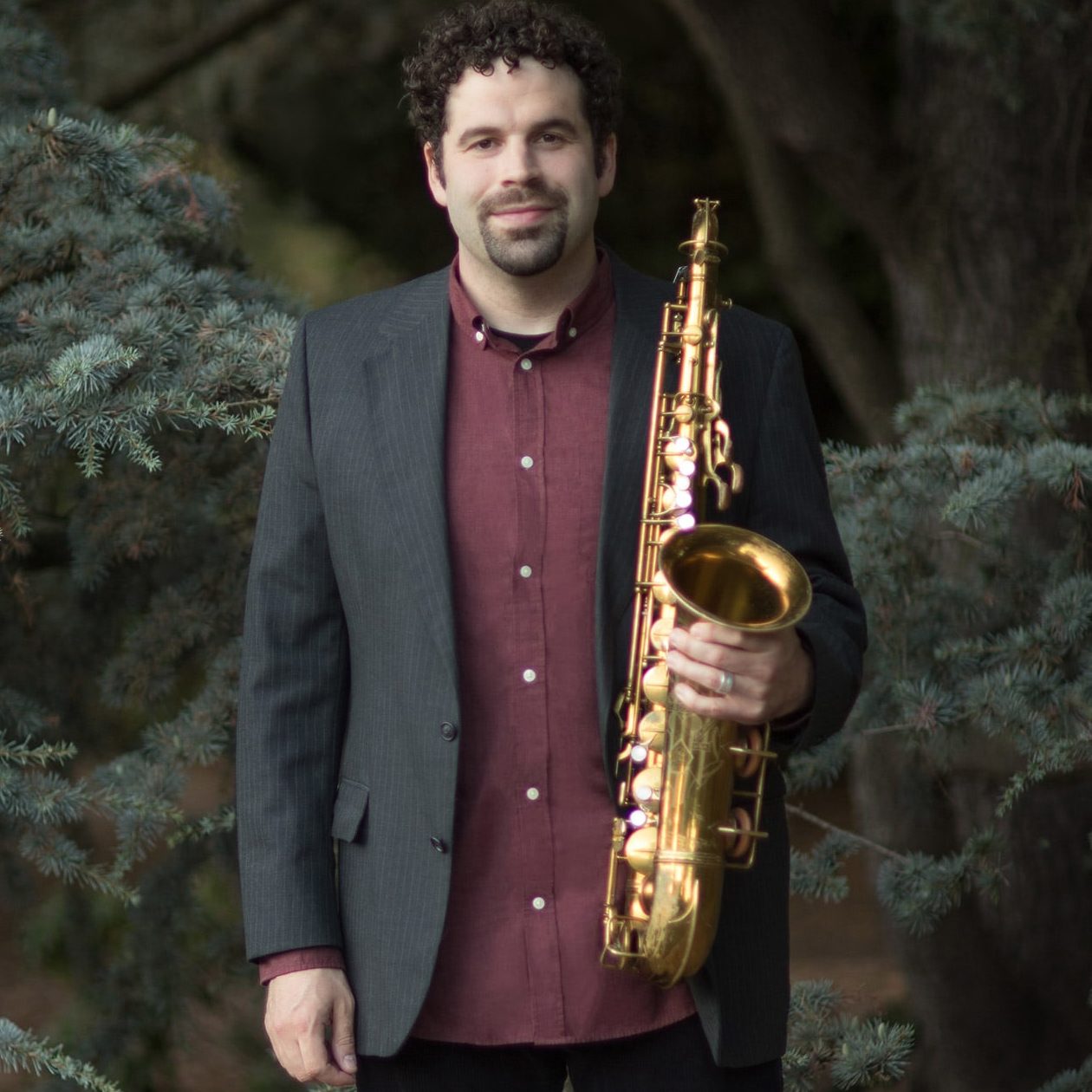 Treseler grew up in the midst of Seattleʼs grunge scene before moving to Boston to pursue his studies on scholarship at New England Conservatory, where he studied with jazz legends Jerry Bergonzi, Bob Brookmeyer, George Garzone, and Steve Lacy, He holds a Master of Music degree in Jazz Studies and Improvised Music from the University of Washington where he worked with avant-garde trumpeter Cuong Vu.

Steve leads his own ensembles and is part of several ongoing collaborative projects. He and trumpeter Ingrid Jensen are co-leaders of the album Invisible Sounds: For Kenny Wheeler on Whirlwind Recordings, a project that was featured in the New York Times, DownBeat, and on NPR’s Jazz Night in America. Steve leads the In Motion Quartet, Electro-Acoustic Trio and Radiant Fields: an experimental meditation for solo saxophone and electronic effects. He co-leads the Snow Line Project with Denver-based pianist Annie Booth and is a member of Tom Varner’s Nonet, Christian Pincock’s Scrambler, Wayne Horvitz’s Washington Composers Orchestra, Jessika Smith’s Big Band, The Phil Parisot Quartet, and Birch Pereira and the Gin Joints. In 2018, Treseler was a featured soloist with the Seattle Collaborative Orchestra. His album Center Song received a four-star review in DownBeat and made the magazine’s “Best Albums of 2014” list.

Creative music education is an integral part of Steve’s ongoing work. He is the founder of the Game Symphony Workshop, offering group improvisation workshops for ensembles. Steve teaches at Seattle Pacific University and designed an improvisation course that is part of the school’s core music curriculum. His expanding reputation as an educator has also been fueled by his Amazon bestseller Creativity Triggers for Musicians, The Living Jazz Tradition: A Creative Guide to Improvisation and Harmony, and his Creative Music Blog.

Steve is a Conn-Selmer endorsing artist.