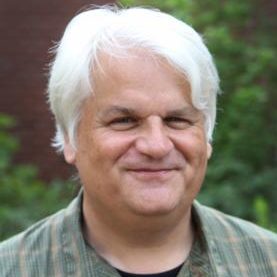 Robert Ponto is Associate Professor of Conducting and Assistant Dean for Admission and Recruitment at the University of Oregon School of Music and Dance.

Ponto’s frequent appearances as guest conductor include the Detroit Chamber Winds, the Interlochen Arts Academy Band, and numerous state and regional honor bands throughout the United States. Ponto has also earned respect as a creative and inspiring teacher of conducting, working with students throughout the United States, Canada, and the United Kingdom. His ensembles have appeared at state, regional, and national MENC conferences, regional CBDNA conferences, and at the Bang On A Can contemporary music festival in New York City.

As an instrumentalist, Ponto’s performance credits include the world premiere of Karlheinz Stockhausen’s opera, Saturday from Light at La Scala in Milan, Italy, as well as many appearances with the Emmy Award-winning Washington Brass Quintet.

Ponto is an active member of the Music Educators National Conference and past president of the Northwest Division of College Band Directors National Association.