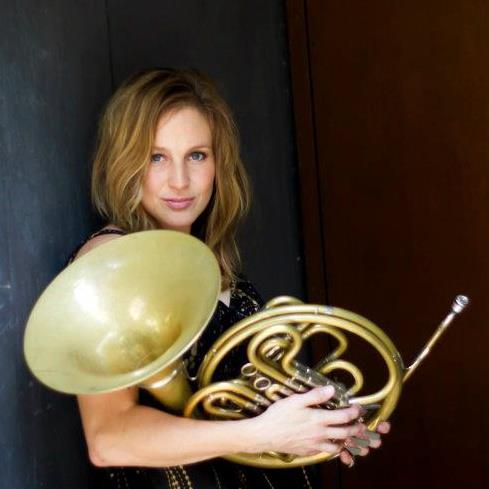 Marie Lickwar is a horn performer and teacher in Honolulu. She has an active horn studio on the island and has many students in Hawaiʻi Youth Symphony and former students who have gone on to study horn at various colleges. Marie played 2nd Horn with the Hawaiʻi Symphony for two seasons from 2013­-2015 and currently is a regular substitute. She has also had the opportunity to perform with Hawaiʻi Opera Theater, Chamber Music Hawaiʻi and Hawaiʻi Pops, as well as the She has also performed with the Los Angeles Philharmonic at the Hollywood Bowl, Pacific Symphony, the Houston Symphony, and the Rochester Philharmonic orchestras. While living in Los Angeles, Ms. Lickwar worked in the motion picture recording industry, doing recording session work.

Fascinated by how horn playing works, one of Ms. Lickwarʻs areas of expertise is starting up beginner horns. She has presented lectures on changing embouchures called “Change, flexibility and creating new habits” at the 2015 International Horn Society Symposium and “Starting Beginner Horns” for Oahu Band Director’s Association in March 2018. While living in Houston, Marie created the Houston Horn Camp for, a unique summer program for middle and high school students, during the summer which ran annually from 2009 to 2013.

Ms. Lickwar earned her Masters in Music from the Eastman School of Music and Bachelor of Arts in Music from the University of New Hampshire. She has participated in Pacific Music Festival in Japan (2004) and the International Horn Society Workshop with the Eastman Horn Choir in Lahti, Finland (2002). Marie has studied with many great horn players such as Andrew Bain, Denise Tryon, Robert Johnson, Bruce Hudson, and Peter Kurau.