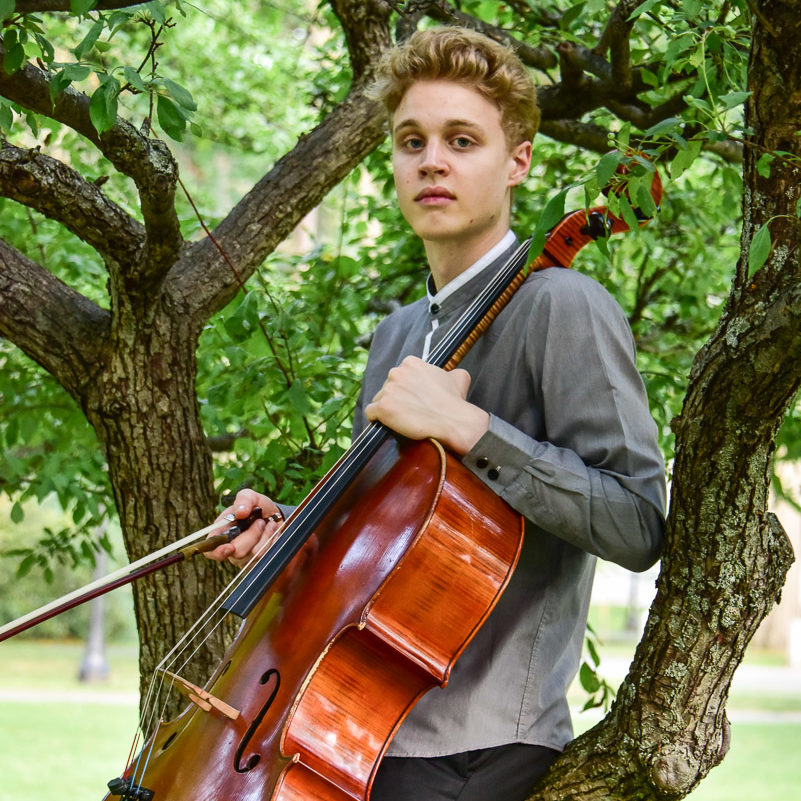 Described as already having an “impressive track record” (Cleveland Classical) and providing “infectious performance(s)” and “terrific account(s)” (Baltimore Sun), Serbian/American cellist Luka Stefanović studies modern and baroque cello–as well as viola da gamba–at the Oberlin Conservatory under the tutelage of Amir Eldan and Catharina Meints, respectively. Previously based in Baltimore, Stefanović was Principal Cello of the Peabody Youth Orchestra and the esteemed Baltimore School Arts’ Orchestra, both with which he made frequent solo appearances. Stefanović often gave solo recitals at both the aforementioned institutions, winning him numerous opportunities to perform on both Honors and Silver Recitals as well as requests to be the featured solo artist on the Peabody Preparatory Awards Ceremony in 2010 and 2018 alike. Mr. Stefanović was the 2018 winner of the Londontowne Orchestra’s Concerto Competition, earning him two concerts playing the Dvorak cello concerto.

An avid chamber musician, Mr. Stefanović currently plays in a string quartet, a variety of historical performance ensembles, and as part of the Stefanovic/Bair cello and guitar duo. His piano trio of three years, The Bovino Piano Trio, was the 2015/2016 winner of The Reinecke Youth Chamber Music Competition and Fellowship Program and worked with the critically acclaimed Monument Piano Trio. As part of the Aire String Quartet in 2016, Stefanović competed in the quarterfinals of the junior division of the Fischoff International Chamber Music Competition and was featured on the Maryland TV series “Classical Open Stage” with the same group. More recently, he has been part of the winning lineup of two Honors Competitions at the Oberlin Conservatory. Mr. Stefanović has been invited to the Apple Hill Center for Chamber Music’s exclusive “Dirt Road Ensemble” string orchestra multiple times and–as principal cellist with the National Orchestral Institute+Festival–has recorded for the Naxos label. In April of 2017 and by special invitation, Mr. Stefanović performed Mendelssohn’s octet alongside the distinguished Lark Quartet.

In any available free time he may have, Stefanović enjoys arranging music, skiing, hiking, reading, biking, and studying music theory and history.