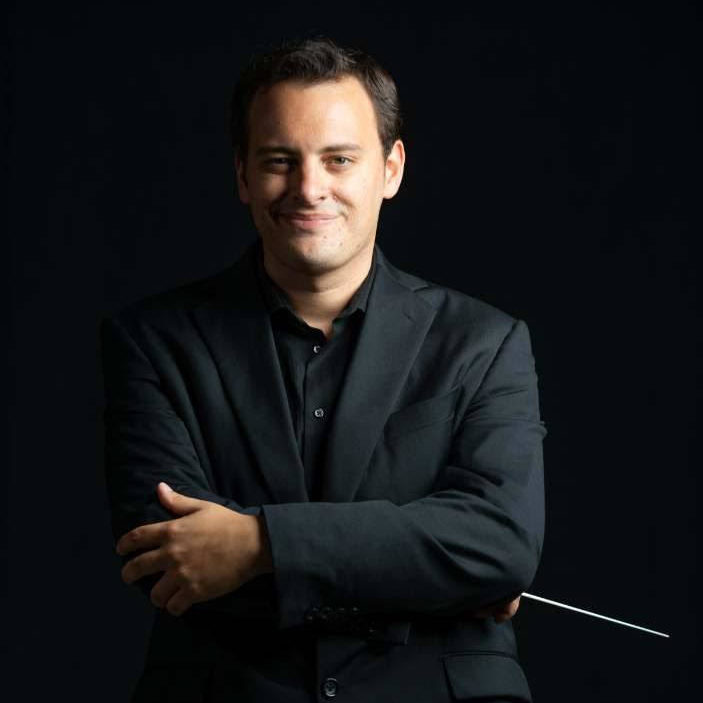 Joseph Stepec came to Hawaii from Cleveland, OH in 2016. He is Assistant Professor of Music and Director of Orchestras at the University of Hawaii at Manoa’s Music

Department. Under his direction, the University of Hawaii Symphony Orchestra has premiered works of new composers, represented underperformed masterworks, and has collaborated with ensembles as diverse as the United States Marine Band and the choir and orchestra of Weber State University. In 2017, Stepec, together with Dr. ChetYeng Loong of the University of Hawaii, began the Hawaii All State String Orchestra which serves local students in an effort to promote string performance and education. During the 2017-18 academic year, Stepec also served as the Interim Conductor of Youth Symphony I for HYS. He is an active clinician that has guest taught many ensembles visiting Hawaii, and maintains an active relationship with the Global School of Music youth orchestra program in Shanghai, China.

Stepec studied violin with Gregory Fulkerson at the Oberlin Conservatory of Music, and conducting at the Eastman School of Music with master teacher, Neil Varon. Stepec additionally studied with Michael Jinbo at the Pierre Monteux School for Conductors and pursued doctoral studies at the Jacobs School of Music at Indiana University. As a conductor, he has been featured on numerous programs with the Hawaii Symphony Orchestra. In 2017, he was a conducting Fellow at the Menuhin Gstaad Music Festival where he worked closely with Jaap van Zweden, Music Director of the New York Philharmonic and noted conducting pedagogue, Johannes Schlaefli. In 2019, Stepec premiered a new translation of Stravinsky’s L’Histoire du Soldat set in colonial Hawaii with members of Chamber Music Hawaii to very favorable reviews.

“I am honored to have been chosen to lead HYS’ symphony program. HYS’ mission and its goals are ones that I deeply resonate with from my own special and formative years playing in a youth symphony: the opportunity to learn to make music together at the highest level and with the greatest commitment is one that shapes lives and forges unbreakable friendships and memories. I am thrilled to be fulfilling this new position alongside my incredibly talented colleagues at HYS and PMI,” said Joseph Stepec.