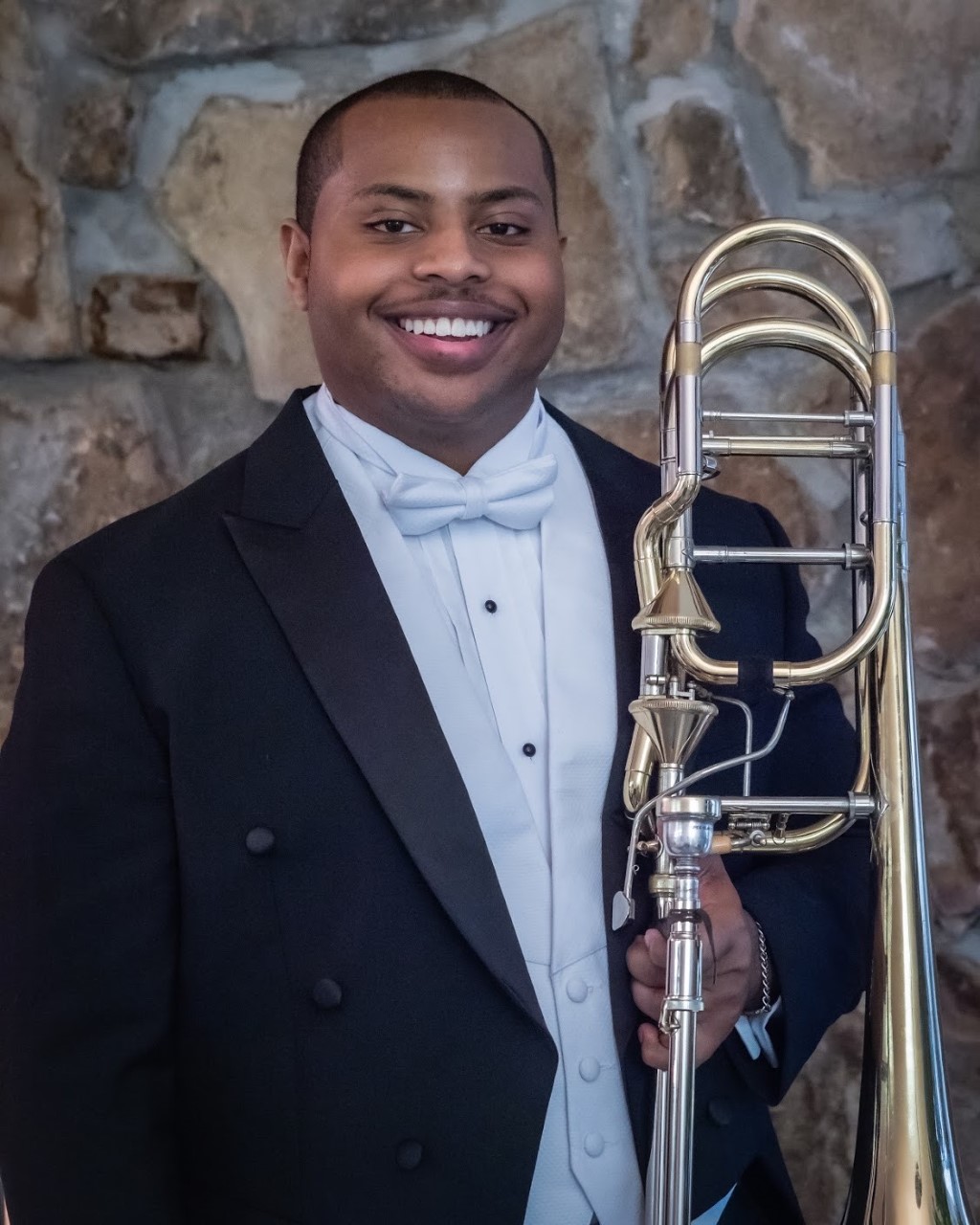 Jahleel Smith, from Atlanta, entered the Curtis Institute of Music in 2014 and studied bass
trombone with Blair Bollinger. All students at Curtis receive merit- based, full-tuition
scholarships, and Mr. Smith was a Crown Holdings, Inc. Annual Fellow. While on tour with The
Curtis Symphony Orchestra and maestro Osmo Vanska, the orchestra performed concerts and
residencies in Finland, Germany, London, Austria and Poland.
Following his studies at The Curtis Institute of Music, Mr. Smith went on to Indiana University’s
Jacob’s School of Music where he was a distinguished recipient of the Jacobs Fellowship and
graduated in the degree program for the Master of Music studying with Dr. Denson Paul
Pollard. While attending IU, Mr. Smith was a finalist for the Brass concerto competition for two
years as well as a finalist for several job auditions including those with the San Antonio
Symphony, US Army Concert and Ceremonial Bands as well as being a semi- finalist for the
Principal Bass Trombone audition with the Winnipeg Symphony Orchestra. Mr. Smith has
performed in Carnegie Hall with the Orpheus Chamber Orchestra and has been invited to play
with The Philadelphia Orchestra.
Mr. Smith has attended The Pacific Music Festival in Sapporo, Japan; the Boston University
Tanglewood Institute; and the Cleveland Trombone Seminar, where he was awarded the Jiggs
Wigham Scholarship for best under-21 audition recording. He has performed with the Atlanta
Symphony Orchestra, Malaysian Philharmonic, the Louisville Orchestra and the Classical/Pops
All- Star Orchestra in Barbados. Additionally, Mr. Smith was a finalist for the Edward
Kleinhammer Orchestral Bass Trombone Competition at the International Trombone Festival in
2016. Currently, Jahleel is the Acting Bass Trombonist with The Hawaii Symphony Orchestra
and a substitute musician with The Royal Hawaiian Band which is the only municipal band in
the United States.