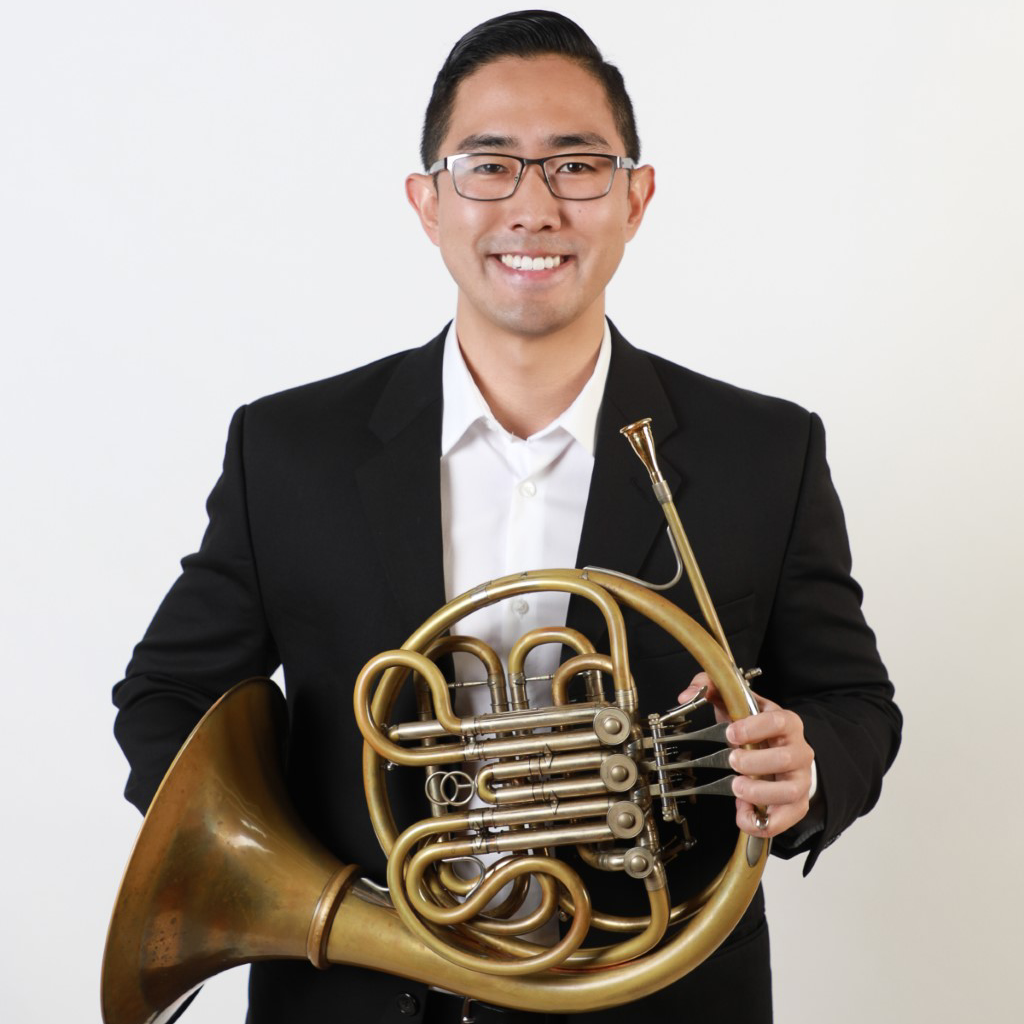 A native to Mililani, Colton Hironaka is the Assistant Horn Clinician of the Pacific Music Institute this summer. He has spent the last two years as the Assistant Principal/Utility Horn for the Hawaii Symphony Orchestra. Mr. Hironaka previously held the position of 2nd Horn with the Glens Falls Symphony Orchestra in New York. His musical journey began at the age of 6, with private ukulele instruction and eventually began playing the Horn in middle school. Mr. Hironaka has played with various ensembles around the country including The National Symphony Orchestra Summer Music Institute, Miami Summer Music Festival, and American Wind Symphony Orchestra. Mr. Hironaka studied with Daniel Katzen while earning his Bachelor’s degree in Music Education at the University of Arizona. He received his Master’s degree from Carnegie Mellon University in 2016, as a student of William Caballero.