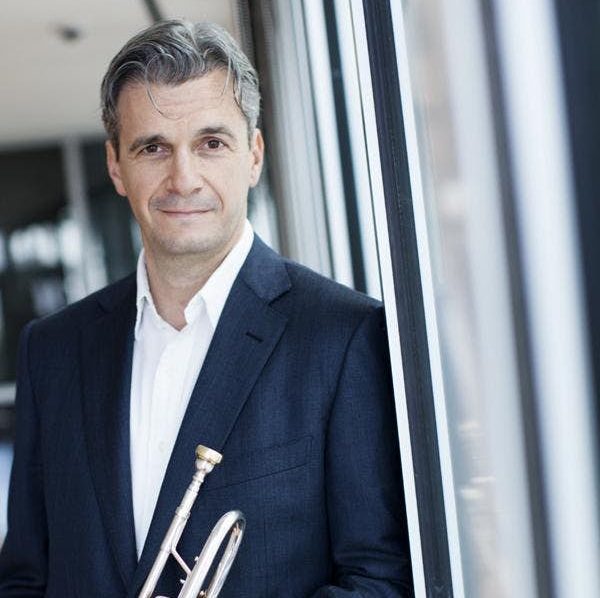 Bill Williams has served as principal trumpet and soloist with major orchestras and chamber ensembles internationally. Among his notable performances as principal trumpet include recordings of Mahler’s Symphonies 5, 7, and 9 with the San Francisco Symphony, Michael Tilson Thomas conducting. As SFS principal trumpet, he can be seen as well as heard in the PBS “Keeping Score” series. He is a frequent guest principal with orchestras including the Saint Paul Chamber Orchestra and serves as solo trumpet of the Menuhin Festival Orchestra in Gstaad, Switzerland.

An advocate for the potential for music to facilitate cultural understanding, Bill is a founding faculty/artist member of Youth Music Culture Guangdong (YMCG),

As a performance coach, Bill leads performance optimization workshops and masterclasses internationally. Appointments have included faculty/lecturer positions at institutions including the Juilliard School, the University of Michigan and the Eastman School of Music. He has served as a Faculty Member at the Music Academy of the West since 2015. He has presented masterclasses at many other institutions including the Rice University Shepherd School of Music, DePaul University and the Yong Siew Conservatory (Singapore.)

As Dean of Fellows at the New World Symphony, Bill expanded the NWS program to initiate interdisciplinary collaborative relationships with institutions including the Parsons School of Design and the MIT Media Lab. He served as project lead for the NWS Virtual Library, a metadata-rich searchable video library showcasing expert musical insight.

As Artistic Coordinator for the YouTube Symphony (YTSO), he collaborated with a team including Google/YouTube partners, conductor Michael Tilson Thomas and leading artists to create the world’s first orchestra sourced from online video auditions.

He holds a Bachelor of Music from the Eastman School of Music and is a recipient of the Master of Arts degree in Psychology from the New School for Social Research.