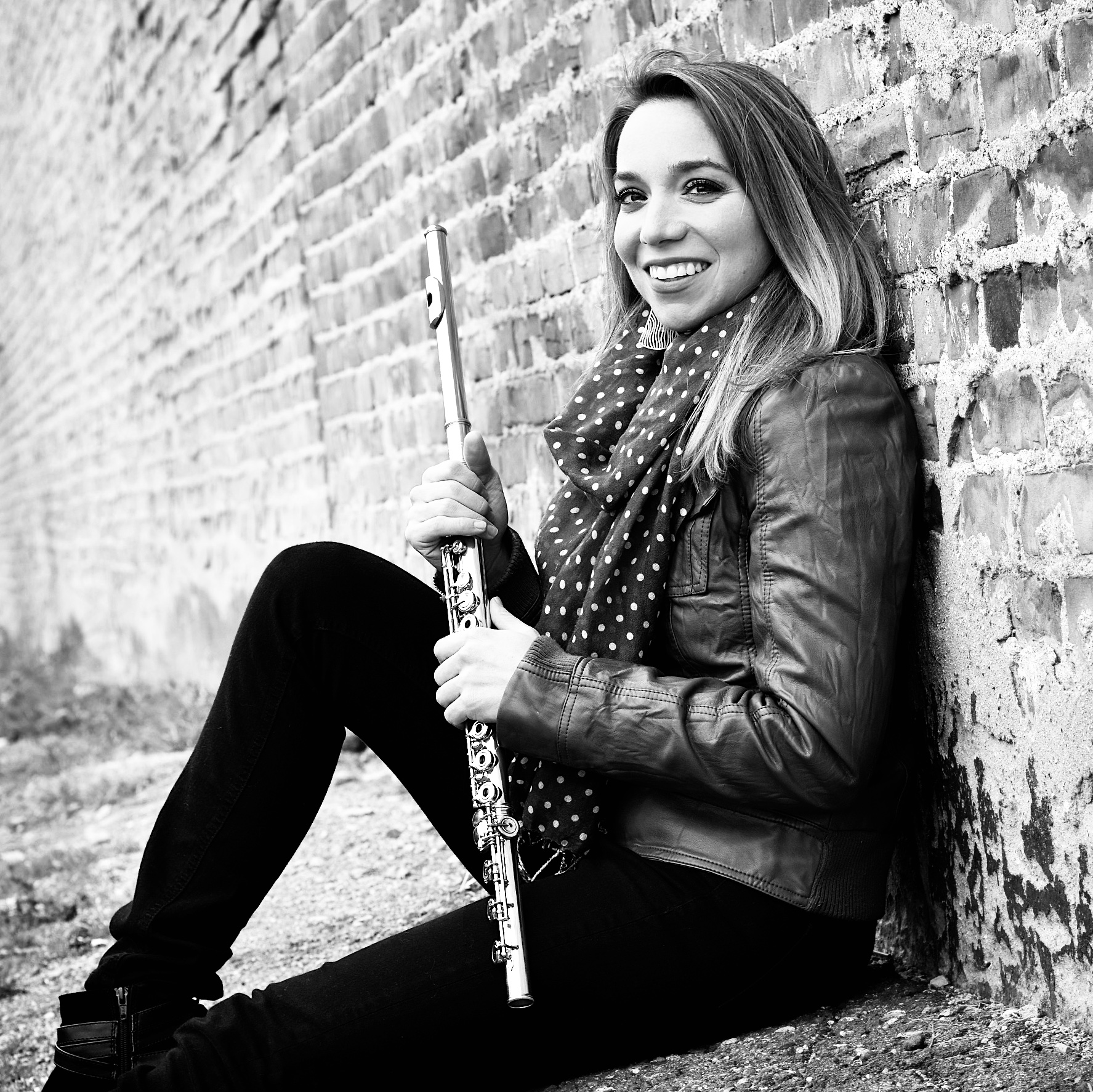 Flutist, Amanda Blaikie, is known for her sparkling tone and sensitive, expressive musicality. She was recently tenured as 2nd Flute of the Detroit Symphony Orchestra and has also performed as Assistant Principal Flute and Piccolo. Amanda can be heard on various recordings and webcasts by the DSO.

An avid chamber musician, Amanda is an Artist Member with Detroit Chamber Winds & Strings and frequently performs with Chamber Music at the Scarab Club, New Music Detroit, and Cut-Time Players.

As a soloist, Amanda performs recitals around the country and has twice been featured with the Allegro Chamber Orchestra. She made her solo debut at Carnegie’s Weill Recital Hall after being named a Winner of the 2013 Alexander & Buono International Flute Competition. Passionate about teaching and sharing her love of music, Amanda has been a Flute Instructor at Oakland University since 2012 and maintains a private flute studio in Michigan.

Amanda began the flute at age 10 after previously studying piano and voice. She avidly listened to her opera-singing grandfather from a young age and adopted his passion for music. Amanda earned a Professional Studies Degree at the Manhattan School of Music under the tutelage of Robert Langevin, Principal Flutist of the New York Philharmonic. She also received a MM in Flute Performance from the University of Miami and a BA in Music from Principia College. Her additional primary flute teachers include Christine Nield-Capote, Marie Jureit-Beamish, and Jenny Robinson. Other mentors include Sharon Sparrow, Jeff Zook, Jim Walker, and Trudy Kane.